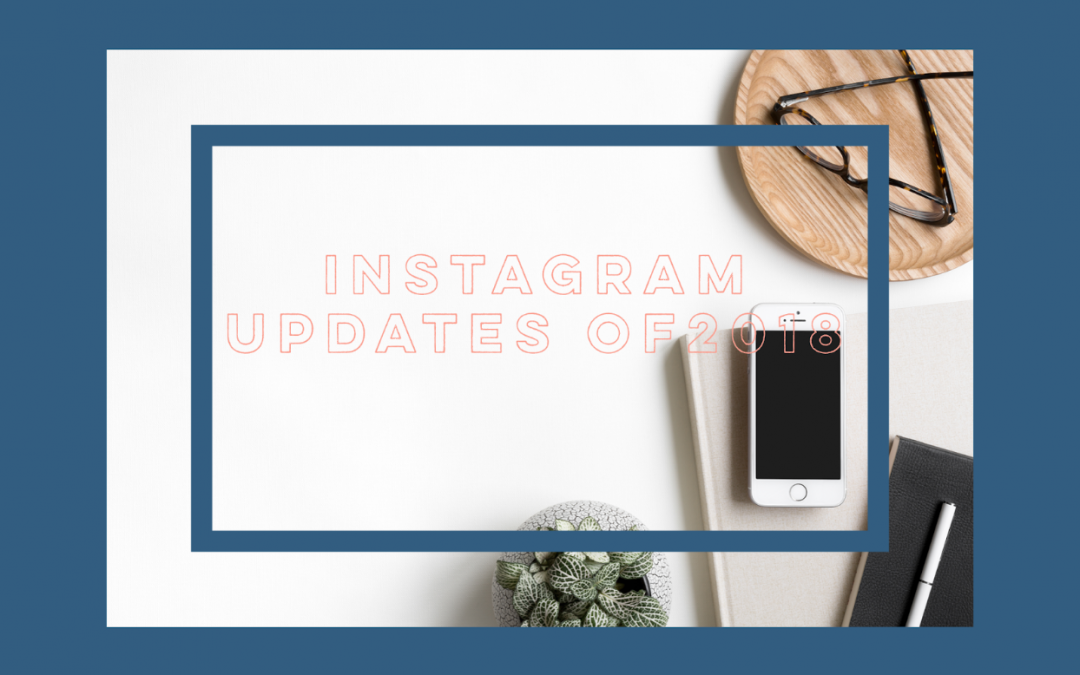 Instagram has been updating its features over the months and each of their updates has never disappoint us, except for the algorithm part. There’s quite a number of updates and we are here to take a look at all the new features that rolled out in 2018. 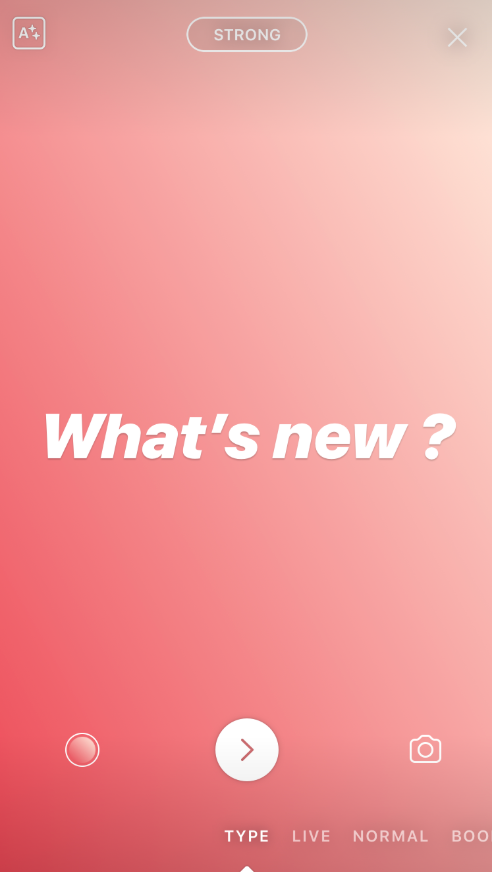 Before this, we were only give one font to place over our Instagram stories. As of today, we’re given 5 different fonts – classic, modern, neon, typewriter and strong.

Remember when you’d had to take a pic with a black background just to type an essay of your rant. With the Type Mode introduced, gone were the days where you’d want to rant on something but don’t need a picture for that post. 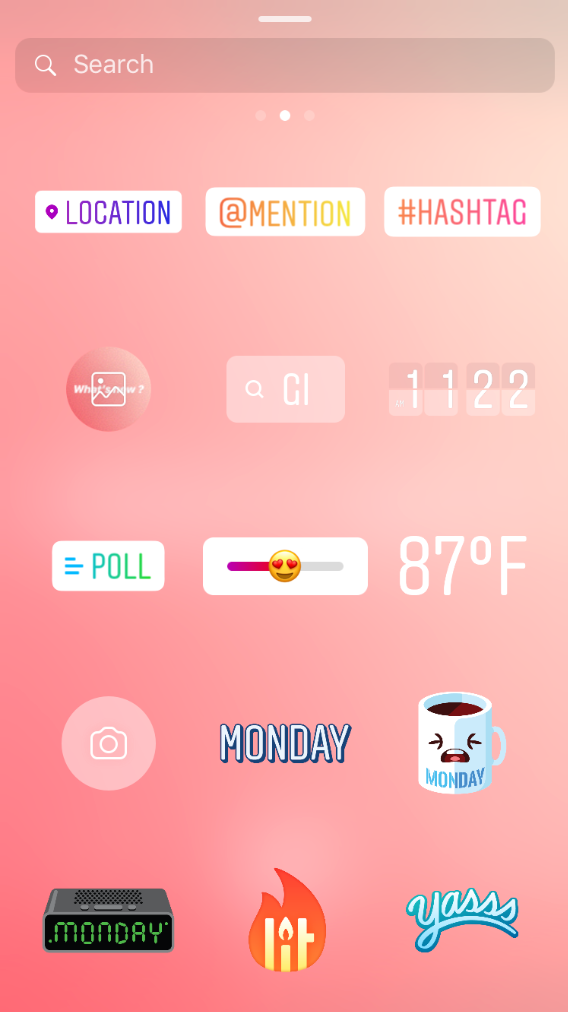 You may also notice that Instagram has added the Mention and Hashtag in the pull up menu. Now you may tag people and hashtag with a more enhanced color. It’s nothing different than your good old way of just adding the @ before tagging people and # before you type in your hashtags. The Poll feature was a great hit when it was newly introduced. Everyone started asking questions in  their stories which is a great way to interact with your followers. However, a lot of people didn’t know that their voting is NOT anonymous, until they found out the hard way- voting jokingly that someone does not look cute in their new outfit, then being confronted by that person. Ooops.

The most popular and best new update to our Instastory game is the GIF feature. We were blessed and grateful enough to have the IG stickers and emojis to be added in our stories, but Instagram heard our prayers and kept up with the trend to throw in GIF in this bundle. Instastory has never been more interesting and fun to watch.

Recently, Instagram has also introduced another poll feature, called the emoji slider. You can no select the emoji you want on the slider, and your followers will vote by sliding. The results of the poll is based on the average sliding meter. 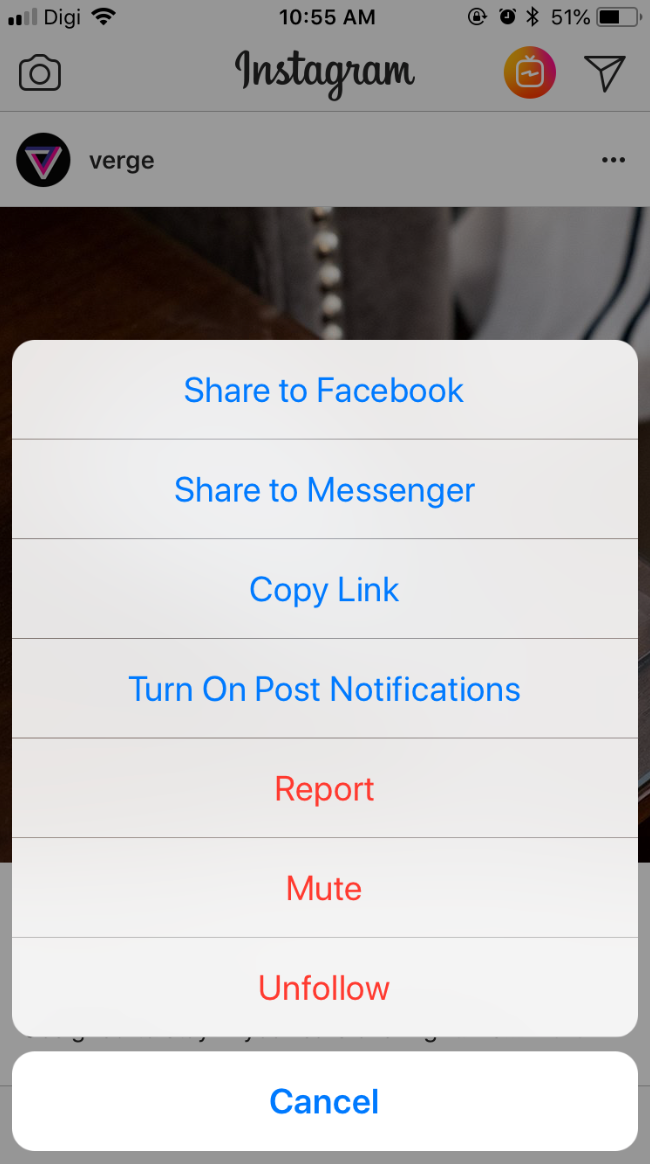 When Facebook allowed us to unfollow someone’s posts without having to unfriend them, it was the best idea ever. You know what we mean. There will be someone in your friends list that posts annoying and uninteresting opinions on their Facebook and you just do not want to see any of those. But at the same time you can’t unfriend them because of some reason. So UNFOLLOWING their post was the best thing ever. You remaind Facebook friends, but you don’t get their annoying updates. Instagram first had this feature only on Instastory posts. However, over the past few months, this new added feature was announced and everyone was ecstatic. You can now mute posts!

Press the three dots on the top right of the post.

P/S: We did not mute @verge posts nor story, it was merely an example, we promise. 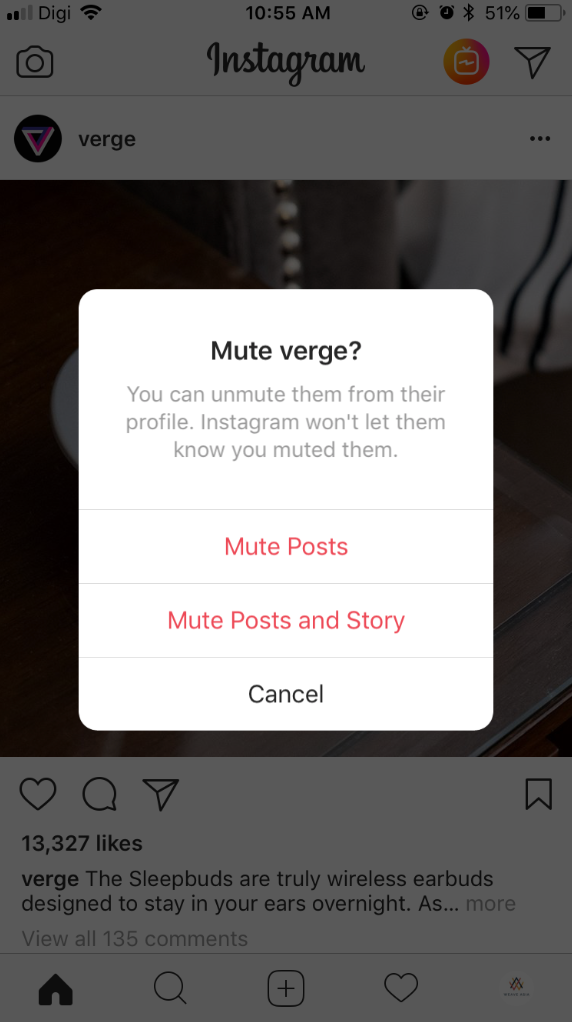 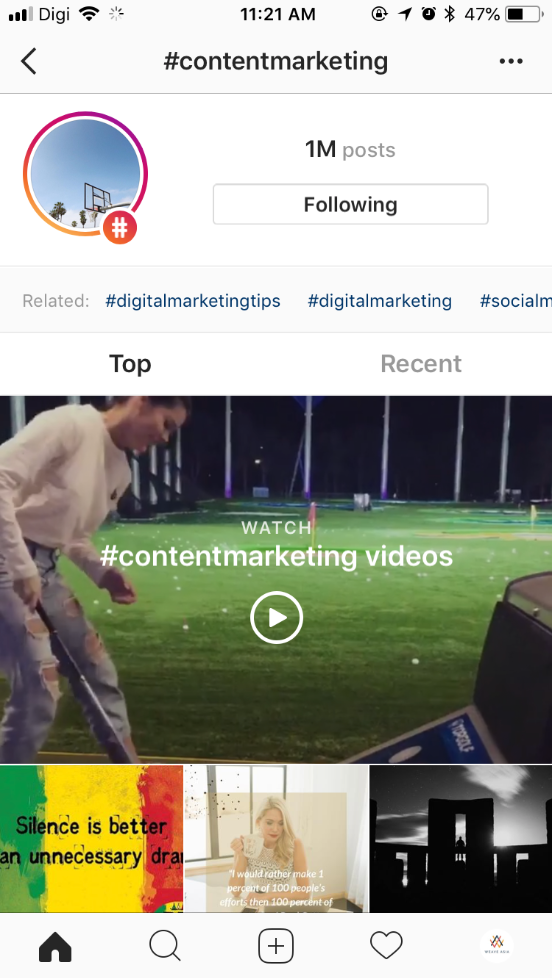 This is a great new feature because you no longer have to go to the discover page to search for hashtags and scroll through your favorite hashtag topics. Hashtag following is so convenient now as they appear on your timeline as well. It usually shows content from the most popular and most liked posts. We believe the certain account’s post will appear frequently according on your own interaction as well, for example if you liked the hashtag post shown on your timeline, its account’s posts are more likely to appear on your timeline.

5. Adding username and hashtag on your profile 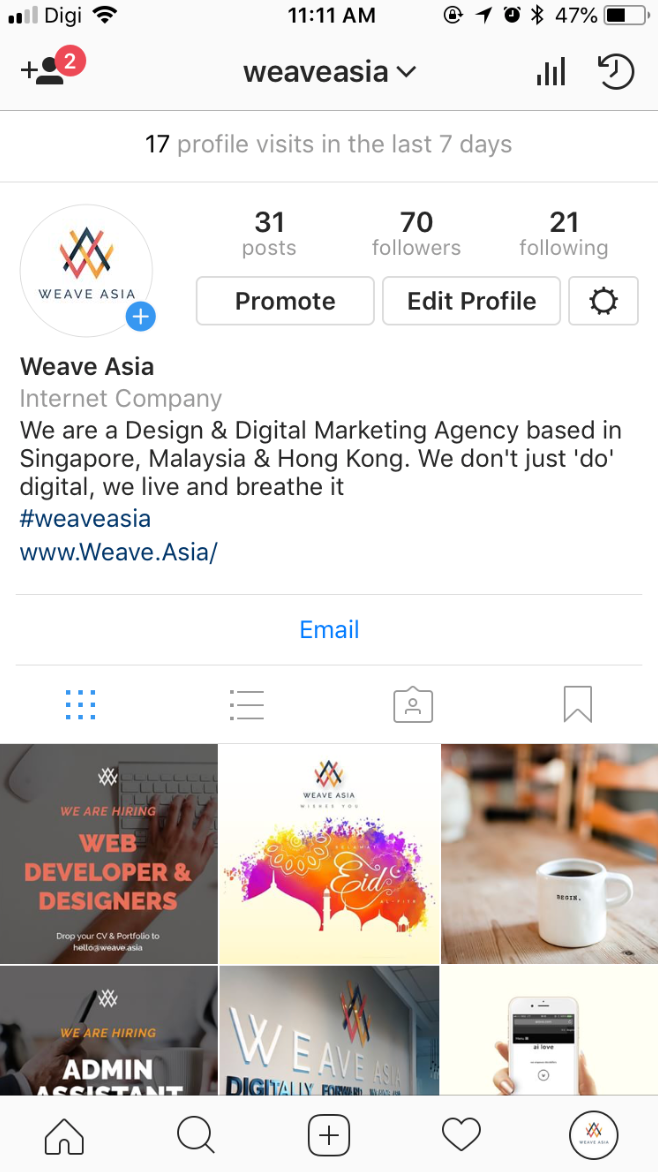 Useful for anyone with secondary account and especially if you want your brand hashtags to be known. Great feature for companies with sister brands and want to get the brand out there in the Instagram world. It’s convenient now because you can just simply hit on the username or hashtag and you’d be brought to the page or hashtag posts.

This brand new feature was quite confusing at first because we don’t know what’s the purpose of this. After a while, it hit us that it’s just like a YouTube channel inside the Instagram portal. It also makes sense this feature exists because everyone knows that you can only post 1 minute long videos on your Instagram post and 15 seconds videos on your Instastory. IGTV allows videos longer than 1 minute to be posted on your Instagram account. Social media influencers and especially YouTubers could make great use of this IGTV. Notice how they would promote their new videos on YouTube on their Instagram posts or stories to have their followers watch them? With IGTV, their followers do not need to exit the Instagram app and could just watch their videos via IGTV.

YES! You can now do video calls via Instagram! And word of the mouth is, it supports GROUP VIDEO CALL at up to 4 calls

If you hadn’t notice, there is a video icon in the DM now.

The best part is, you can multitask while video calling. As in, you can continue scrolling on instagram. This is great because even iPhone’s FaceTime has yet to allow a group FaceTime call.

Is there any feature that we’ve missed out? Which one is your favorite feature of Instagram?